Conventionally, decannulation of veno-arterial extracorporeal membrane oxygenation (VA-ECMO) has been performed by open arteriotomy repair in the operating theater. The transport of these patients to the operation theater is risky and man-power consuming. Success of using percutaneous closure devices to close the arteriotomy wound by post-close technique has been reported (1), saving each patient an open-repair operation. Moreover, the procedure time is shorter and the wound is much smaller. However, the preparation, precautions and technical tips of such technique have not been described in the literature in details. Since October 2018, all our VA-ECMO decannulation has been performed by Perclose ProGlide (Abbott Vascular) post-close technique by the bedside with high success rate (16 successful bedside closures out of 19 patients). There were 2 cases of wound infection. There was no immediate arterial stenosis or hematoma. We would like to share our experience in this article.

The first step is to consider whether the patient is fit for percutaneous closure. For a wound which needs, for example, debridement for infection, hemostasis for bleeding or embolectomy for thrombus, open repair is preferred. An ultrasound assessment of the vessels and the catheter position is performed. The position of the arterial catheter should be at the common femoral artery well above the bifurcation (Figure 1) Accidental application of the percutaneous stitches at the bifurcation rather than the arteriotomy wound is possible. The vessel wall should not be heavily calcified or atherosclerotic or else application of stitches is difficult. The distal reperfusion catheter position should be in the superficial femoral artery (SFA) and the size of the SFA is assessed. If suitable, the arteriotomy wound in the SFA can also be closed percutaneously. Any vascular complications including hematoma, pseudoaneurysm or thrombus are also assessed during pre-procedure ultrasound assessment. 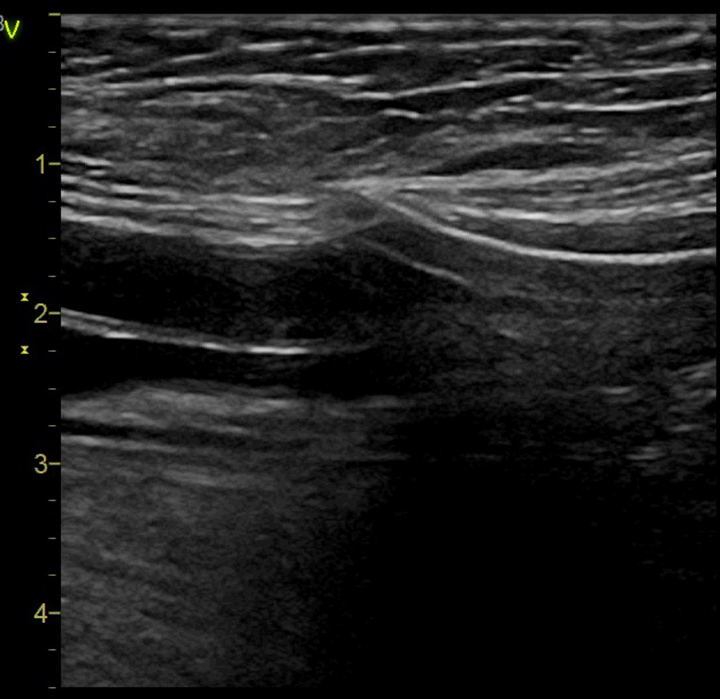 Figure 1 Ultrasound assessment to confirm the arterial ECMO catheter has been inserted above the bifurcation before percutaneous closure. ECMO, extracorporeal membrane oxygenation.

The following is the list of equipment required: four ProGlides, a puncture needle, a 0.035-inch J-tipped guidewire, a 5 or 6 Fr sheath, and a large bore (14 or 16 Fr) sheath. The large-bore sheath is for standby use. It is important to insert a sheath back through the guidewire to control the bleeding from the arteriotomy in case of failure of percutaneous closure. If a large bore sheath is not available, a new ECMO arterial catheter can be reinserted through guidewire to control bleeding from the arteriotomy wound. Two units of packed cells are prepared to cover the blood loss during the procedure and blood loss in the circuit. An inotropic agent is prepared for potential unstable hemodynamics during the process of decannulation. The ventilator support is stepped up as all the blood will be oxygenated by the intrinsic heart lung after decannulation. Otherwise, respiratory failure from inadequate ventilator support can result in pulmonary vasoconstriction, abrupt increase in pulmonary pressure and acute right heart failure. The operating theater and vascular surgeons should be informed of the procedure as emergency open repair in the operation theatre may be required in case of failed percutaneous closure.

The procedure is best performed by 3 operators: one performing the percutaneous closure, one performing guiding bedside ultrasound and one controlling the bleeding. Another health care worker should be responsible for patient monitoring and resuscitation. Heparin infusion is stopped just before the procedure. After wound and catheter disinfection, the catheters are clamped and the ECMO flow stopped in the usual manner. A short period of monitoring is recommended to ensure stable hemodyanmics before proceeding to decannulation. The arterial catheter is punctured through a puncture needle to allow access for the J-tip guidewire. The needle is exchanged to a 6 Fr sheath (Figure 2). The sheath is rewired with a 0.035-inch long slippery guidewire (Curved Terumo Wire; Terumo). When one operator is controlling the bleeding by manual compression proximal to the arteriotomy wound, the arterial catheter is removed by the second operator, keeping the guidewire in place. The first ProGlide is applied and rotated to a 10 o’clock position (Figure 3). The use of real time ultrasound to ensure that the feet of the device are abutting the vessel wall rather than other structures is highly recommended (Figure 4). We have experienced that without ultrasound guidance, as the arteriotomy wound was too large, on traction of the ProGlide, the feet of the device were outside the vessel and they were abutting the soft tissue tract instead, so that the knots were subsequently applied to the soft tissue tract instead of the arteriotomy wound, resulting in procedure failure. Figure 5 shows a 16 Fr sheath being inserted through guidewire to control the arteriotomy bleeding after failed percutaneous closure in one patient of our series. In that patient, the foot of the ProGlide could not catch the arteriotomy wound despite multiple attempts. In open repair, the arteriotomy wound was found to be too large to accommodate the foot of the ProGlide. The ProGlide knot was applied to the soft tissue instead of the vessel wall (Figure 6). 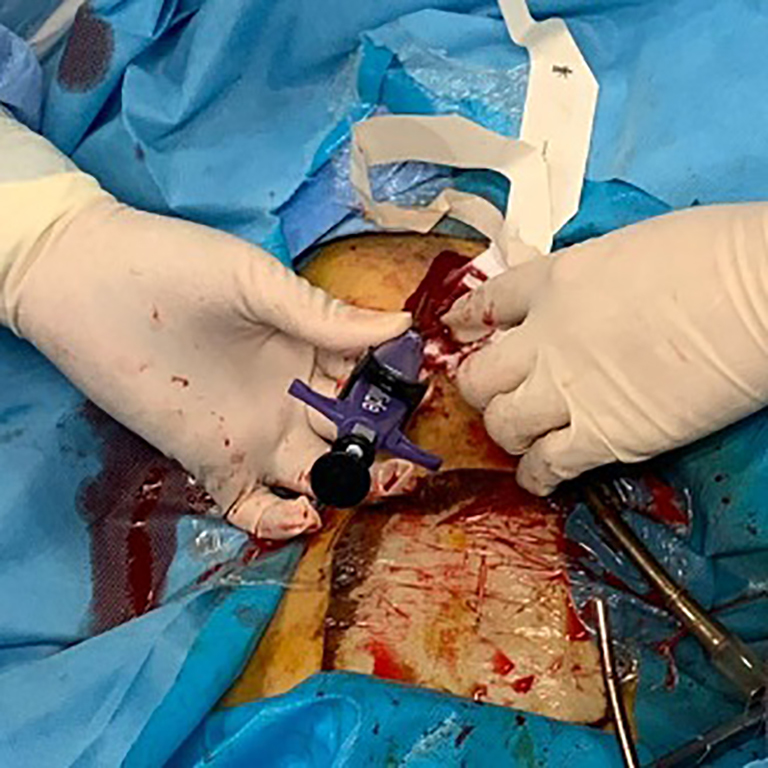 Figure 3 The first ProGlide is applied at 10 o’clock position. 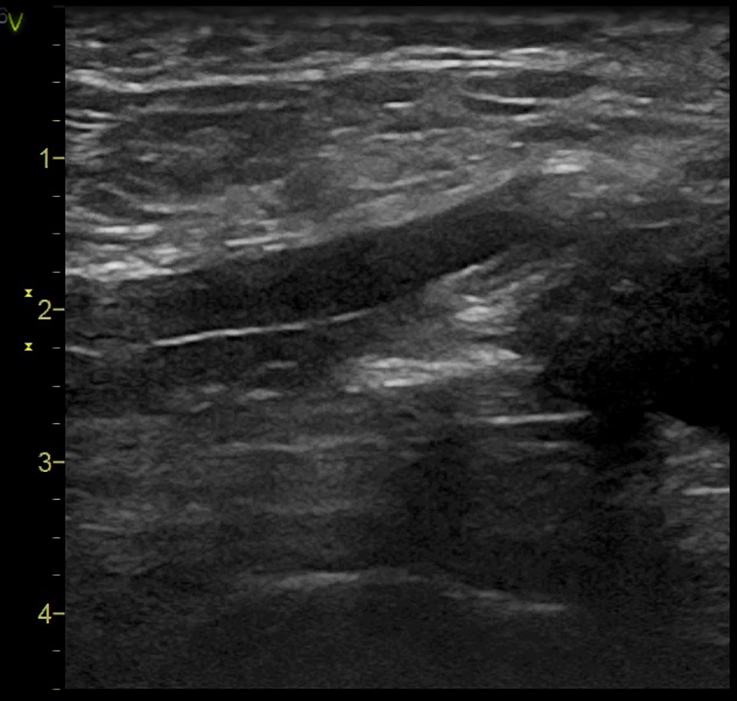 Figure 4 The feet of the ProGlide was assessed by ultrasound to be abutting the vessel wall. 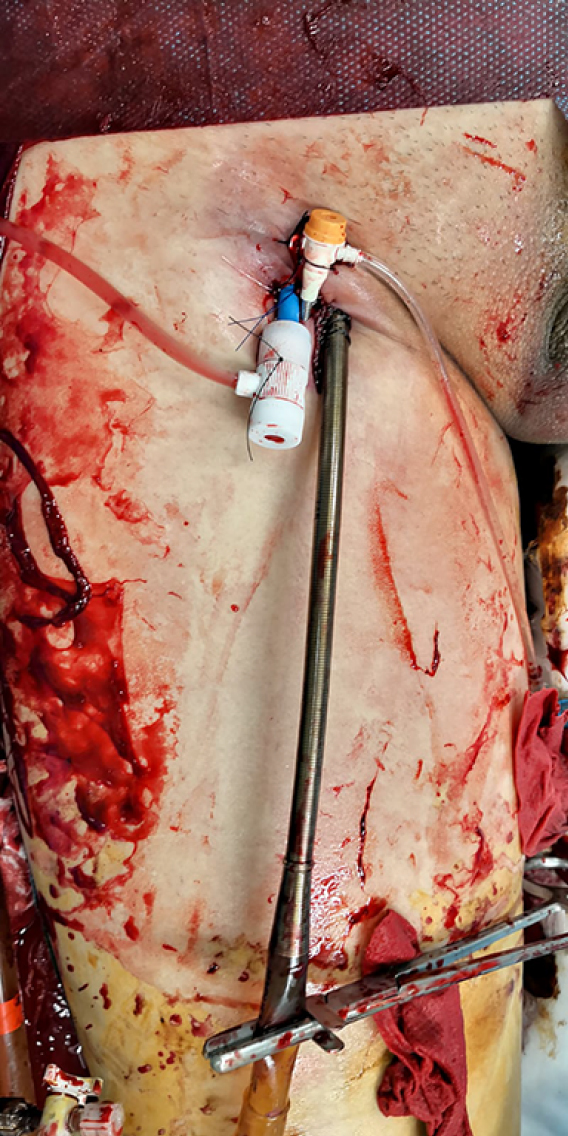 Figure 5 In case of failed percutaneous closure, a large borne sheath can be inserted to control bleeding from the arteriotomy wound before open vascular repair is possible. 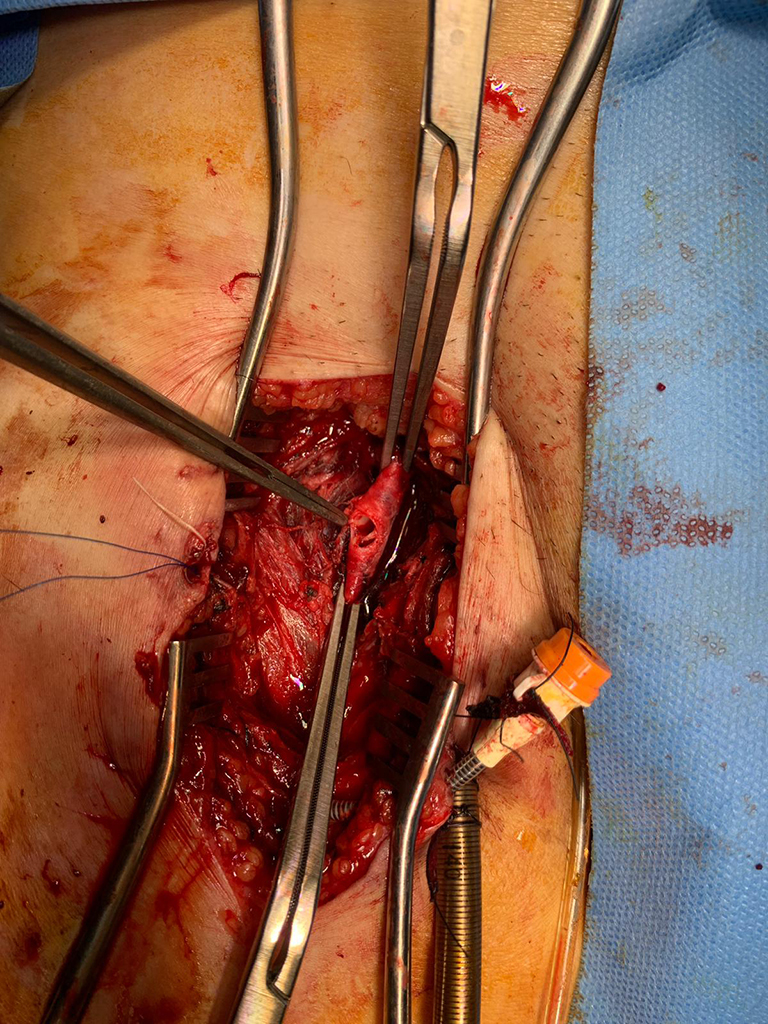 Figure 6 An example of the stitches being applied to the soft tissue as the arteriotomy wound was too large to accommodate the foot of the ProGlide.

After applying the first ProGlide, the first knot is not tightened yet. The second ProGlide is applied through guidewire exchange, and rotated to roughly 2 o’clock position, that is making a 90 degrees’ angle with the first ProGlide. The second ProGlide can be fired after position confirmation by ultrasound. The guidewire can be removed if the hemostasis is satisfactory and both knots can be tightened using the knot pusher, otherwise the same procedure can be repeated with the third ProGlide applied at the 12 o’clock position. In case of failed hemostasis even with 3 ProGlides, failure of percutaneous closure should be declared and a large-bore sheath is inserted through the guidewire to control bleeding and open repair in the operating theatre should be arranged.

Ultrasound assessment with B mode and color Doppler of the lower limb vessels is performed to detect any leakage and other complications like hematoma or pseudoaneurysm. Arterial stenosis due to multiple stitches application is possible and can be amendable by balloon angioplasty. Thrombus can be managed conservative with anticoagulation or by balloon thrombectomy. The median to long term outcomes by this percutaneous closure technique have not been well reported in the literature. In our practice, a follow-up ultrasound with Doppler over the lower limb vasculature is arranged in half a year to one year for reassessment (Figure S1). 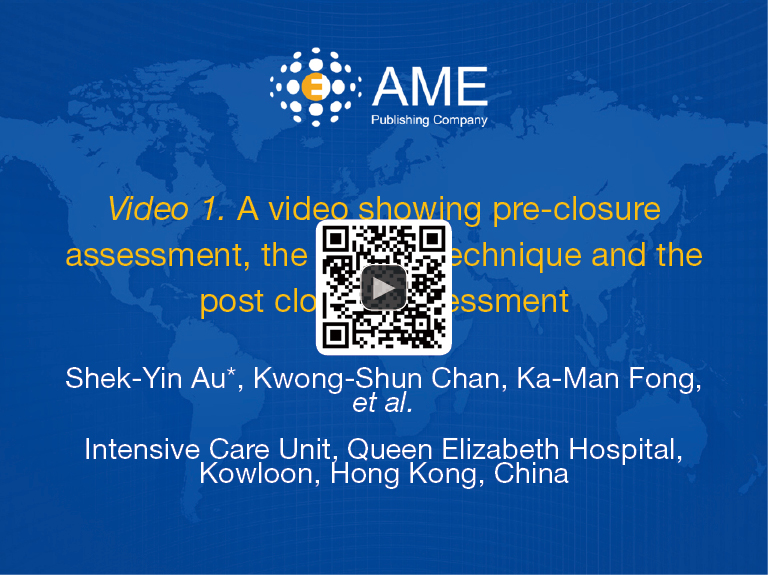 Decannulation of VA-ECMO by Perclose ProGlide post-close technique is feasible and can save the high-risk transport, manpower and the vacancy of the operation theater. Failure of hemostasis by percutaneous technique is however possible. Proper pre-procedure assessment, equipment and plan B preparation, and collaboration among various parties including ICU doctors, vascular surgeon and colleagues in operating theater are the key to success.