A 56-year-old woman with a nine-year history of severe Crohn’s disease complicated by anal and rectal strictures presented for an elective colonoscopy in evaluation of worsening diarrhea. At presentation she appeared and felt ill. Following administration of intravenous (IV) fluids, the surgical team decided to proceed with the colonoscopy to help evaluate the extent of colitis and dilate a known rectal stricture that was presumed to have been contributing to her gastrointestinal symptoms. Routine laboratory testing immediately following the colonoscopy was notable for electrolyte disarray, including hypocalcemia (7.8 mg/dL), hypomagnesemia (1.0 mg/dL), and hypokalemia (3.1 mmol/L), and she was subsequently admitted for observation and electrolyte replacement. She became hypotensive, though clinically asymptomatic, and received aggressive volume resuscitation necessitating transfer to an intermediate care unit. She then became febrile to 38.9 °C and was started on empiric IV antibiotics. She was transferred to the surgical intensive care unit (ICU) where vasopressors were initiated for hemodynamic support of presumed septic shock. She ultimately received at total of 13.5 liters of IV fluid.

Given concern for an intraabdominal source of sepsis, she underwent diagnostic laparoscopy that demonstrated no evidence of an acute infectious process such as a viscous perforation. A diverting loop ileostomy was performed prophylactically. Postoperatively, her clinical condition continued to worsen, and she was intubated in the surgical ICU for acute hypoxic respiratory failure with concern for intravascular volume overload. Ventilatory support was primarily provided with pressure support with positive end-expiratory (PEEP) pressures between 5 and 10 cmH2O. Chest X-ray revealed bilateral pulmonary opacities with small pleural effusions. A bedside transthoracic echocardiogram (TTE) revealed greatly reduced LV systolic function with a degree of apical sparing. Subsequent formal TTE evaluations were consistent with inverted Takotsubo cardiomyopathy with an estimated LV ejection fraction (LVEF) of 15–20% (Figure 1). Given these findings, the patient’s hypoxia was felt to be attributable to her cardiac dysfunction and subsequent pulmonary congestion. Cardiac enzymes were negative for an ischemic etiology. Cultures were sent from blood, urine, stool, and bronchoalveolar lavage, all of which remained negative throughout her hospital course; however, sepsis could not be definitively excluded as a contributing factor in this case. 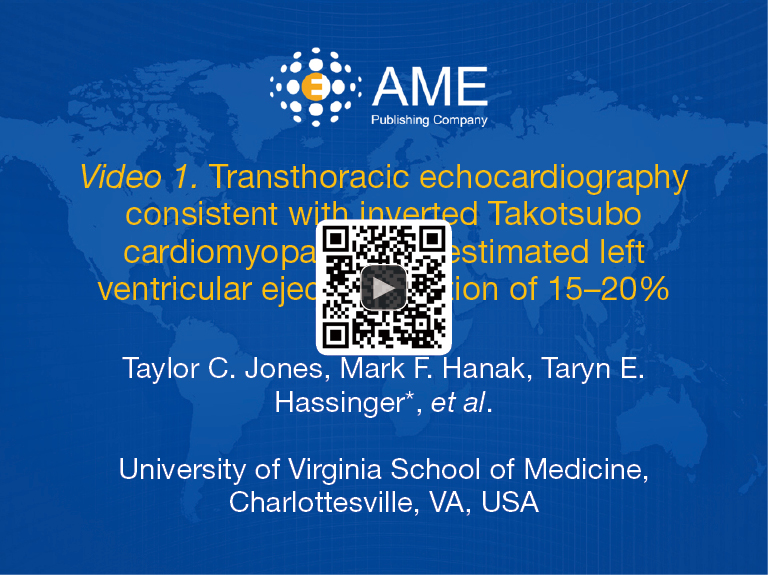 She was aggressively diuresed over the course of three days with significant clinical improvement resulting in extubation and cessation of vasopressor support. Repeat formal TTE demonstrated transition to the more classic Takotsubo’s presentation with apical ballooning. She was subsequently transferred from the surgical ICU to the inpatient heart failure service for continued management of her cardiomyopathy. At time of hospital discharge two weeks following initial decompensation, MRI cardiac stress test revealed significant improvement in LVEF to 40%. Her most recent TTE performed 3 months following discharge revealed further improvement with a LVEF of 40–45% (Figure 2). 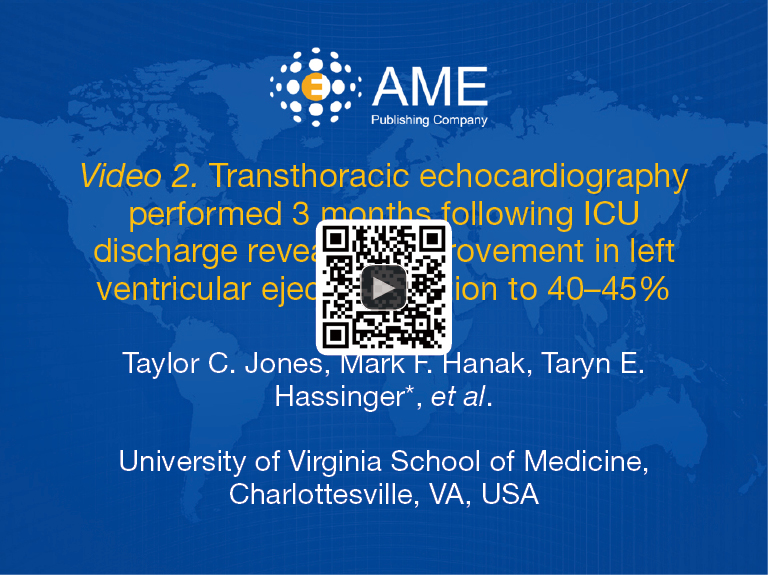 Takotsubo cardiomyopathy, particularly this inverted presentation, is an uncommon cause of shock in the ICU. While this is, to our knowledge, only the second case of Takotsubo cardiomyopathy precipitated by a Crohn’s flare, inverted Takotsubo cardiomyopathy has never before been reported in conjunction with inflammatory bowel disease (5). Management is dependent on prompt recognition of the disease process and is focused on supportive care and treatment of precipitating etiology. Case reports have demonstrated the utility of bedside TTE in the prompt diagnosis of Takotsubo cardiomyopathy to limit the significant morbidity associated with the condition (6). Given that stress cardiomyopathy and acute coronary syndrome can both present with similar symptoms and cardiac enzyme elevations, echocardiography can be valuable in differentiating between regional wall motion abnormalities suggestive of a vascular distribution versus those known to occur in stress cardiomyopathy (7). Use of adjunct tools in the ICU including bedside TTE is increasing, as well as other non-invasive tools such as bio-impedance monitoring of cardiac output to guide fluid resuscitation. Prospective investigation may reveal a decrease in post-surgical heart and respiratory failure with increased use of these diagnostic modalities.

Ethical Statement: The authors are accountable for all aspects of the work in ensuring that questions related to the accuracy or integrity of any part of the work are appropriately investigated and resolved. Written informed consent was obtained from the patient for publication of this case report and any accompanying imagines.