A 54-year-old female with autoimmune liver disease (Child–Pugh class C, cirrhosis) was admitted to our hospital for liver transplantation. She became febrile to 40.1 °C the next day. Both anaerobic and aerobic blood culture detected gram-negative bacilli at 9 h. On subculture, beta-haemolytic mucoid colonies could be found in 5% sheep blood agar plates and grey moist colonies could be detected in chocolate agar plate. The organism grew as yellow colonies on thiosulfate-citrate-bile salts-sucrose agar (Figure 1). The curving bacilli was identified as Vibrio cholera by the automated VITEK 2 compact system and was further confirmed by matrix assisted desorption ionization time of flight mass spectrometry (MALDI-TOF MS, Figure S1). The strain was susceptible to the commonly used antibiotics and was failed to agglutinate Vibrio cholera O1 and O139 antisera. 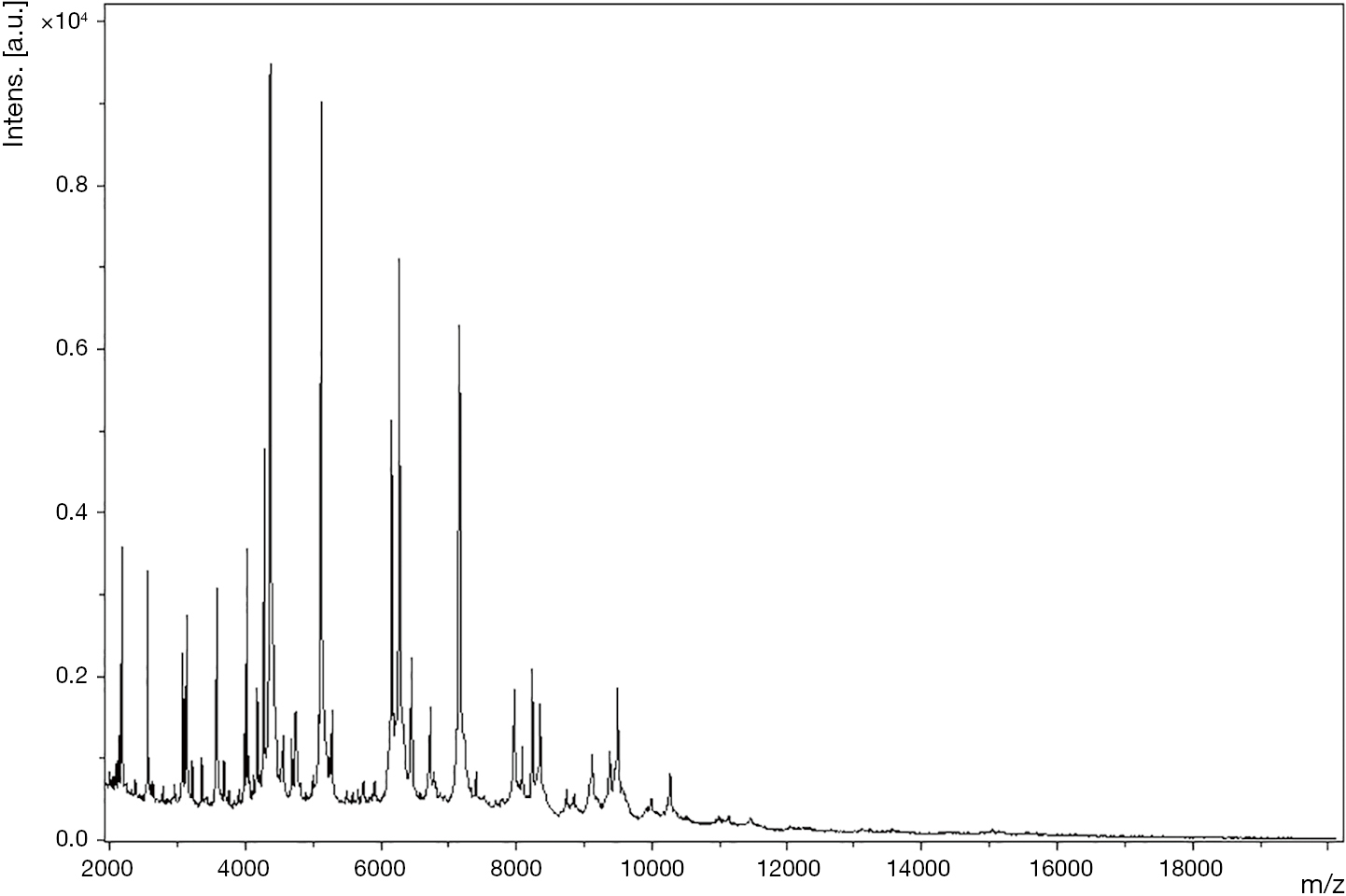 Non-O1/Non-O139 Vibrio cholera strains are ubiquitous in aquatic environments which are known to produce a haemolysin. Such substance may help the strains to invade the bloodstream. As immunocompromised hosts, cirrhotic patients show decreased bactericidal activity and impaired liver filtration. Bacteremia caused by essentially intestinal pathogens or environmental pathogens can occur in these patients which should not take for granted as contaminative samples.

Informed Consent: Consent was obtained for the use of information and images. The patient’s identity has been kept confidential.